Rising from Amsterdam to the Alps

Discover more about your ethnicity with AncestryDNA. By comparing your genetic signature to the DNA of people from the Western European region, AncestryDNA can give you a clearer picture of your ethnic origins. 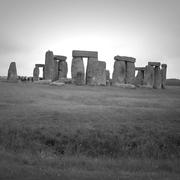 The Europe West region is a broad expanse stretching from Amsterdam's sea-level metropolis to the majestic peaks of the Alps. Geographically dominated by France in the west and Germany in the east, it includes several nations with distinct cultural identities. From the boisterous beer gardens of Munich to the sun-soaked vineyards of Bordeaux and the alpine dairy farms of Switzerland, it is a region of charming cultural diversity.

Due to its location and geography, Western Europe has seen many successive waves of immigrants throughout its history. Both peaceful intermingling and violent invasions of newcomers have resulted in a greater diversity in the genetics of the population, compared with neighboring regions.

The first major migration into Western Europe is arguably the Neolithic expansion of farmers who came from the Middle East. From about 8,000 to 6,000 years ago these farmers filtered in through Turkey and brought with them wheat, cows and pigs. It is possible, too, that these people could have been the megalithic cultures who erected enormous stone monuments like the famous menhirs of Stonehenge. There were dozens, if not hundreds, of monuments scattered throughout prehistoric Europe, some serving as tombs, others possibly having astronomical significance.

Although “Celtic” is often associated with the people of Ireland and Scotland, the Celts emerged as a unique culture in central Europe more than 2,500 years ago. From an epicenter in what is now Austria, they spread and settled in the areas of today’s western Germany and eastern France, generally near the Rhine and Danube Rivers. By 450 B.C., their influence and Celtic languages had spread across most of western Europe, including the areas that are now France, the Iberian Peninsula and the British Isles. The Celts either conquered or assimilated the previous inhabitants of the area, and almost all languages and cultural and religious customs were replaced. The only exception, most scholars believe, is the Basque language, which managed to persist in the Pyrenees of southern France and northern Spain.

In the early 4th century B.C., Celtic tribes in northern Italy invaded and sacked Rome, setting the stage for centuries of conflict.

In the 5th century B.C., Germanic peoples began moving south, from Sweden, Denmark and northern Germany, displacing the Celts as they went. It is unclear what prompted their movement, but it may have been climate related, as they sought warmer weather and more fertile farmland. The Germanic tribes’ expansion was checked by the generals, Gaius Marius and Julius Caesar, as they approached the Roman provinces around 100 B.C.

After Rome defeated Carthage in the Punic Wars, the Republic had extended its borders to include the entire Italian Peninsula, Carthage’s territories in North Africa, most of the Iberian Peninsula, Greece and parts of Anatolia. It began turning its attention northwest toward the Celtic-dominated region known as Gaul, which more or less covered the area of modern-day France. Part of Rome’s motivation was to secure its frontier, as conflict with the Celts was a chronic problem. Julius Caesar led the campaign to conquer Gaul. A Celtic chieftain, Vercingetorix, assembled a confederation of tribes and mounted a resistance, but was defeated at the Battle of Alesia in 52 B.C. The battle effectively ended Celtic resistance. The Gauls were absorbed into the Roman Republic and became thoroughly assimilated into Roman culture, adopting the language, customs, governance and religion of the Empire. Many generals and even emperors were born in Gaul or came from Gallic families.

For the most part, by 400 A.D., Western Europe was split between the Roman Empire and the restless Germanic tribes to the northeast. Celtic culture and influence still held sway in parts of the British Isles, and the Basque language continued to survive in the Pyrenees. It is interesting to note that the Basque share genetic similarities to the Celts of Ireland and Scotland, despite being culturally and linguistically dissimilar and geographically separated. While the exact relationship of the groups is difficult to determine, this does highlight the interesting interplay between genetic origin and ethno-linguistic identity.

By 400 A.D., the Roman Empire had been split into pieces. Rome was no longer the heart of the Empire, as the seat of power had been moved to Byzantium in the east. The Romans had begun to adopt Greek customs and language as well as Christianity, which had become the official state religion. Control of the provinces in the west had waned, and Rome itself was militarily weakened.

About this time, there was a period of intensified human migration throughout Europe, called the Migration Period, or the Völkerwanderung (“migration of peoples” in German). Many of the groups involved were Germanic tribes, whose expansion had previously been held in check by the Romans.

To some degree, the earlier Germanic tribes of the Migration Period, notably the Goths and Vandals, were being pushed west and south by invasions from the Middle East and Central Asia. The Huns swept across eastern Europe, followed by the Avars, Slavs, Bulgars and Alans. These successive attacks may have been a factor in several waves of population displacement and resettlement.

The Franks conquered northern Gaul in 486 A.D. and established an empire under the Merovingian kings, subjugating many of the other Germanic tribes. Over the course of almost four centuries, a succession of Frankish kings, including Clovis, Clothar, Pepin and Charlemagne, led campaigns that greatly expanded Frankish control over Western Europe.

Charlemagne's kingdom covered almost all of France, most of today's Germany, Austria and northern Italy. On Christmas Day, 800, Pope Leo III crowned Charlemagne “Emperor of the Romans.” This upset the Byzantine emperor, who saw himself as the sole ruler of the Roman Empire, but by 812, he was forced to accept Charlemagne as co-emperor.

In 843, Charlemagne's grandsons divided the Frankish empire into three parts—one for each of them. Charles the Bald received the western portion, which later became France. Lothair received the central portion of the empire, called Middle Francia, which stretched from the North Sea to northern Italy. It included parts of eastern France, western Germany and the Low Countries. Louis the German received the eastern portion, which eventually became the high medieval Kingdom of Germany, the largest component of the Holy Roman Empire.

In addition to the Basque in the area of the Pyrenees in southern France, there are a number of other cultures with unique ethnic or linguistic identities in Western Europe. Among them are the Normans of northern France. Descended from Viking settlers who arrived sometime during the rule of the Frankish kings, the Normans controlled a powerful region known as Normandy. Their territories were subject to the French crown, which countenanced them in exchange for protecting the northern coast against other Viking raids.

Just to the west of Normandy was Brittany, named after the Celtic Britons who arrived there from the British Isles in the 5th century. Some scholars believe that the migration may have been due to the Anglo-Saxon invasion of England after the collapse of the Western Roman Empire. Brittany resisted the Frankish kings and remained independent until 1532. It is one of the few places where Celtic languages are still spoken.